Read Now
Company
Our Story
Careers
In the News
Contact Us

In the research team, we use proven principles from behavioral economics to positively influence how people make decisions and form habits on your websites and apps. For example,  we use “nudging,” which is the act of influencing behavior through indirect suggestions and positive refinements. We worked with clients to incorporate “nudging” principles in point-of-sale flows, which resulted in significant conversion uplift. Could you imagine that by merely changing the description of products and the layout of pricing plans conversion can go up significantly?

We recently utilized the decoy effect to convert more customers on a preferred path. The decoy effect is defined as the phenomenon whereby consumers change their preference between two options when presented with a third option – the “decoy” – that is “asymmetrically dominated.”

Here is the basic idea of the decoy effect: Imagine you’re selling a camera (or any other product/service you wish) and also a bundle of the camera + a protection plan. Of course, the camera + protection plan is more profitable for your business and you want your customers to choose it.

So, which of the below options would be more effective? 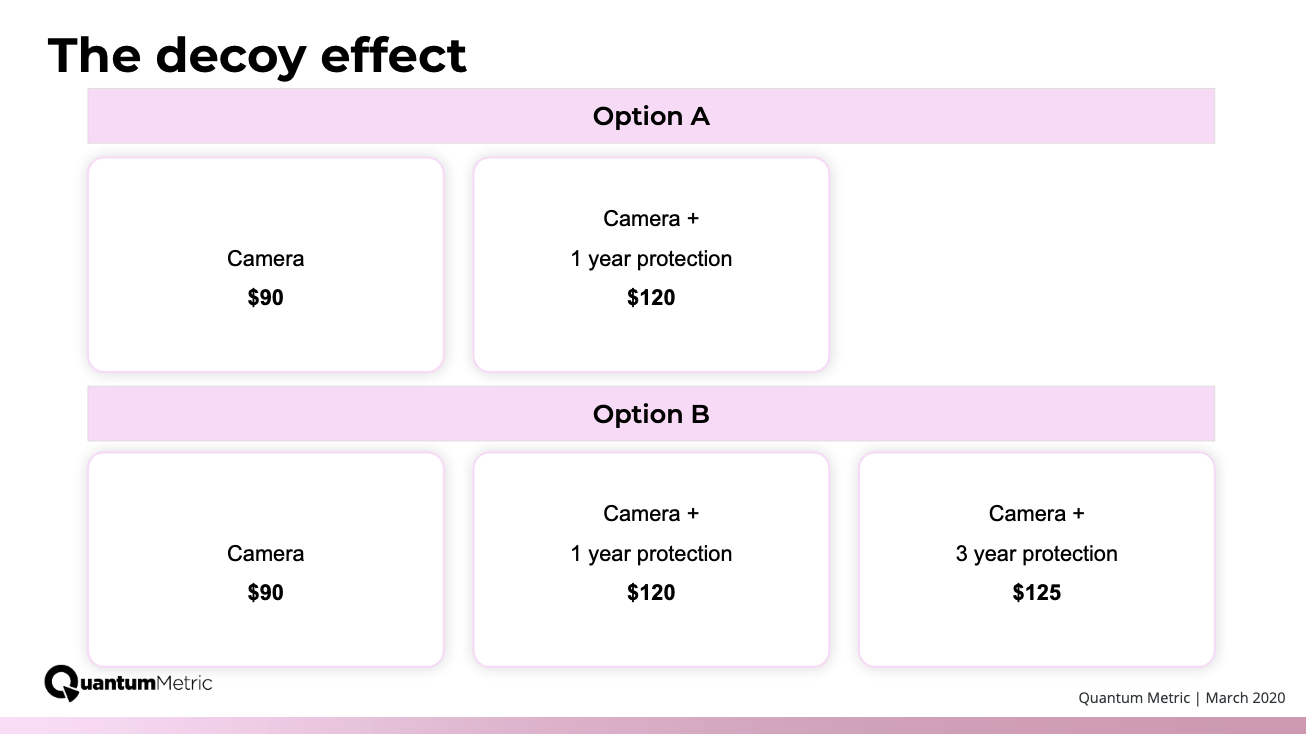 The bottom line: Create an “asymmetrical dominance” (AKA offering a clearly much more attractive option) when you price products, so that the option you wish to sell appears as providing the most value for money compared to the others.

If you would like to test the decoy effect or other behavioral economics approaches, reach out and let us know how we can help!

P.S. The visual layout of the options is massively important as well, but we’ll discuss that another time 🙂