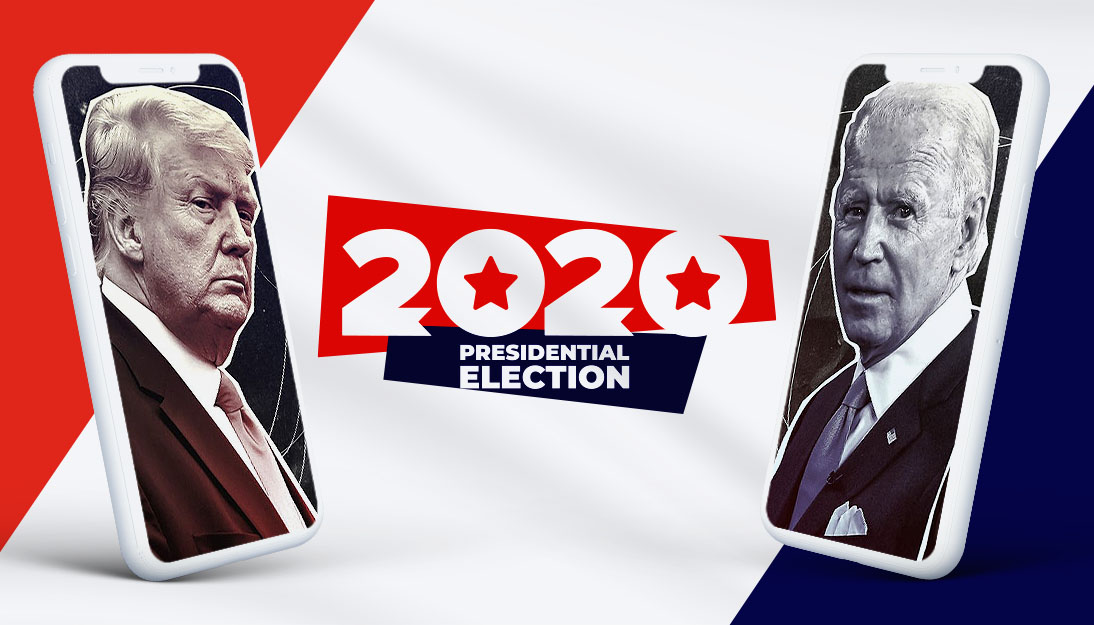 Biden vs Trump. Democrats vs Republicans. ActBlue vs WinRed.

By election day, some experts project that donors will have poured a whopping $14 billion into the 2020 election, including billions into hotly contested senate and house races. And some experts predict that the presidential race alone will have cost approximately $6.6 billion by November, making the 2020 battle for the White House by far the most expensive one in US history.

While multimillionaires and billionaires have written checks to super PACs, small donors—especially those who contribute online—have become especially important, particularly for the Democratic party. For the 2020 election cycle, small and individual donations (<$200) have made up 22% of the total money raised by Democrats, up from 18.58% in 2016.

With the help of the nonprofit online donation platform ActBlue, Democrats have raised over $3.3 billion in the first ten months of 2020—all online.

In 2019, Republicans, eager to get in on the small donor action, launched a rival platform, WinRed, a for-profit service that has helped the GOP to raise over $1.2 billion online since June of last year.

The numbers say it all: Democrats donate much more money online than Republicans.

The reason for the staggering difference between the two parties? A 2019 article from Fast Company says that individual donations from Republicans historically have remained lower because 1) the Republican base skews older and is more comfortable donating by mail and 2) the GOP relies on big donations from big businesses with inordinate financial resources.”

Or perhaps there’s another possibility all together.

The Quantum Metric team took a deep dive into the user experiences offered by ActBlue and WinRed to uncover pain points and moments of friction that may have impacted users’ ability to register to vote and donate.

Most businesses end up leaving approximately 15% of revenue on the table because of poor customer experience, so there’s a good chance that both ActBlue and WinRed missed out on millions of dollars due to their buggy interfaces and poor user experience.

Potential voters who visit the Trump campaign homepage encounter various buttons that promote voting—and for the most part, they work as intended.

But the team at Quantum Metric learned that once some users outside of the US (in particular users in the United Kingdom and Israel) clicked on the links, they were redirected to 403 forbidden errors, or a dead link.

While expats that navigated from ActBlue to the voter registration website didn’t come across deadlinks, some reported encountering a poorly designed user interface that could deter people from registering to vote as well.

Some expats who selected the “My name has changed” field, for example, were not able to click “Continue” due to a bug.

Also, validation errors appear below the CTA button, towards the bottom of the fold (the part of the website that is visible without needing to scroll). While this is not necessarily a bug, it is a poorly executed design choice.

Design choices like these create customer friction and encourage potential voters to give up midway through the registration process.

The bottom line? Both ActBlue and WinRed prioritize getting money over registering people to vote.

For starters, WinRed offers a slightly different user experience on mobile Chrome and Mobile Safari, with the most noticeable difference being that the Safari version asks for your employment status (as required by law) upfront, while Chrome users have to wait until the next step.

Before potential donors are able to make their payments on the Trump campaign website, they are redirected to a Captcha to verify that they are, in fact, humans.

In this case, the Captcha appears after users have provided all of their relevant information, rather than before.

But we quickly discovered that a number of users encountered an error when clicking “I am human” and hitting “Submit.” They received an error message saying, “Your changes were rejected” and “You may have tried to change something you didn’t have access to.”

Seems like a pretty major (and potentially costly) bug, if you ask me.

The overall layout of the website, which de-emphasizes the Continue button (a crucial CTA that is required to make the payment), emphasizes form inputs instead. One user reported consistently encountering a validation error every time he failed to change the donation amount from the default settings.

Another error that a number of users reported experiencing involved the address autofill, which automatically populated every field but the city one.

And while Safari users have the luxury of making their donation with Apple Pay, those browsing on Google Chrome are not so lucky, as they’re forced to enter their credit card information from scratch. (The campaign probably would have seen better results had they given users numerous options and the opportunity to change payment methods.)

While the Biden campaign’s platform is by no means perfect, the website does expedite the process of making a donation.

Donation amounts are linked from the Biden campaign’s homepage to the first page of the donation form, with the exception of the “other category.” Though it might appear unimportant at first glance, the small step minimizes the number of elements users need to navigate through to make a donation.

Better yet, ActBlue offers a wide range of donation options, from $15 to the FEC individual contribution limit, which is $2,800.

As a small point of comparison, recall how the Trump campaign, which also offers 8 options for contribution amount, sets the lowest preset donation at $35.

If you ask me, there’s a good chance that the Biden campaign’s slightly lower ask prompted more donations, a trend that took form in 2019 when Sen. Bernie Sanders launched his primary campaign. In February 2020, the Sanders primary campaign raised $46 million, with an average donation of $21.

(Note: users who choose the “Other” option need to take additional steps, making it more difficult for potential donors to complete their transactions.)

Unlike the Trump campaign’s website, there is no address autofill, but that also means there aren’t any autofill errors.

Although the donation platform gives users the sense that every field is required, the cell phone number is actually optional.

Our recommendation? The campaign should label it as optional and reduce the number of steps required to make a donation.

In contrast to the Trump campaign, which only offered two payment options (and only one for Safari browsers), the Biden team allows donors to make contributions via PayPal, Apple Pay or Credit Card. And studies show that offering more payment options increases conversion rates.

While we might never know the extent to which individual donations impacted the 2020 presidential race, we do know that the Trump campaign burned through a huge chunk of its cash in September and was worried about running out of funds before election day.

Biden, on the other hand, “entered October with nearly three times as much as President Trump,” according to a report from The Washington Post.

Still, money isn’t everything, and Hillary Clinton managed to lose the 2016 presidential election despite raising nearly double what Trump raised in 2016.

So today, before we learn the much anticipated official election results, I want to pose another question, a thought experiment, so to speak: Could something as simple as a website’s user experience and design also play a crucial role in influencing US Presidential elections?

It’s no secret that an improved user experience can save businesses millions of dollars year over year.

But like I said earlier, it’s not just about the money.

Some of the greatest UX design thinkers have pointed out that we can change the world through enhanced user experience.

As Covid-19 continues to accelerate the digitization of our lives, the data-driven design choices we make will continue to have an outsized impact on the economy, politics, and much more.